From the Classroom – Seeing in LAYERS : Victorian ‘Tunnel-book’ Models 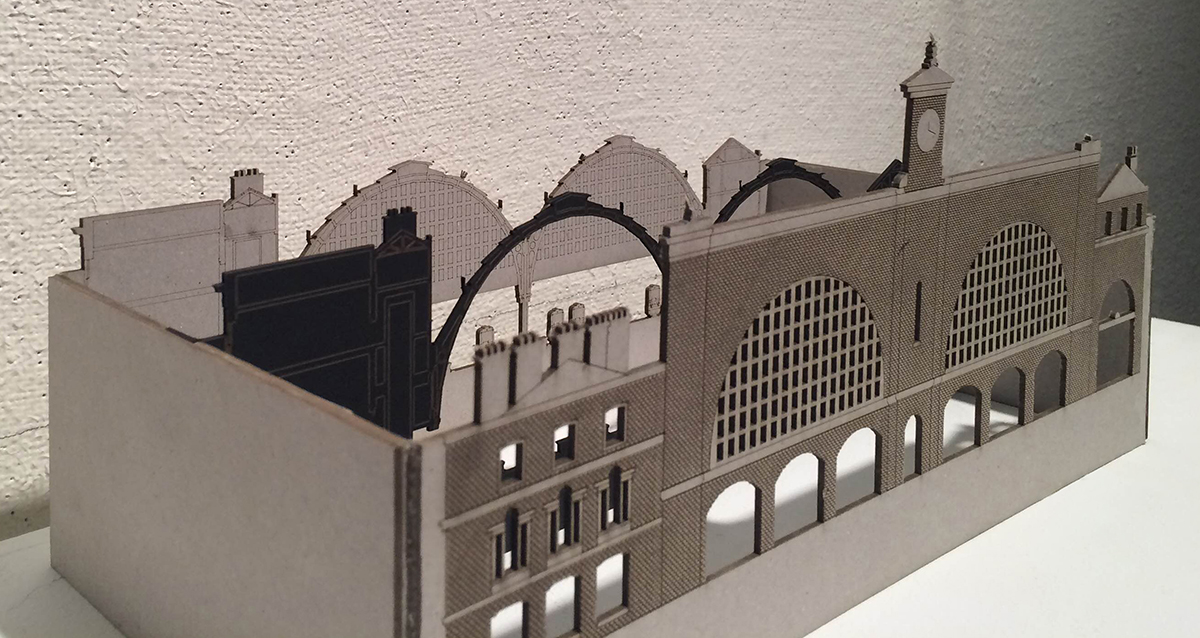 Working as an Architect for Colleges and Universities and as a Professor of Architecture allows me to experience classroom, department, and university communities first-hand – and to participate in their evolution.

Artist Andrea Dezsö introduced me to the concept of the Victorian Tunnel Book during a workshop at the Haystack School of Arts and Crafts Summer Conference 2015.

I brought this diorama concept into the architecture classroom at Norwich University in Fall 2015. Students worked all semester on a single large civic or commercial building from the period 1850-1932. They found archival drawings and drew the building’s facade, section, and interior elevation in CAD – then laser-cut the pieces and organized them in a foldable ‘tunnel book’ style diorama. The dioramas show section cuts and present the section cuts in a three-dimensional form.

Exhibited together, the models show the students the relative scale of these large buildings and – accompanied by annotated as-built drawings also produced by the students – reveal their construction. 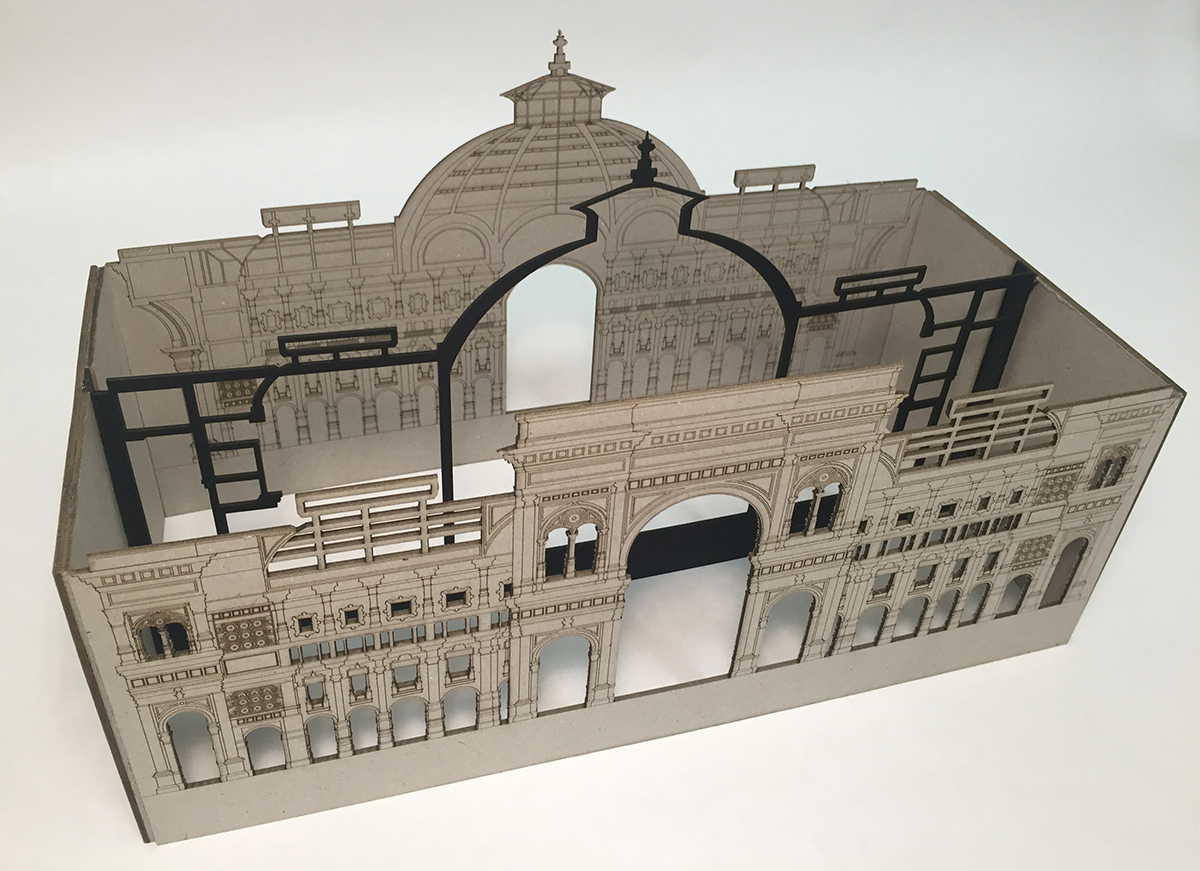